Our new publication documents a rare discovery- the first scientific record of a white (leucistic) fisher. We also review the prevalence of leucism among carnivores and highlight how community members can contribute to scientific knowledge about wildlife by sharing these type of observations. 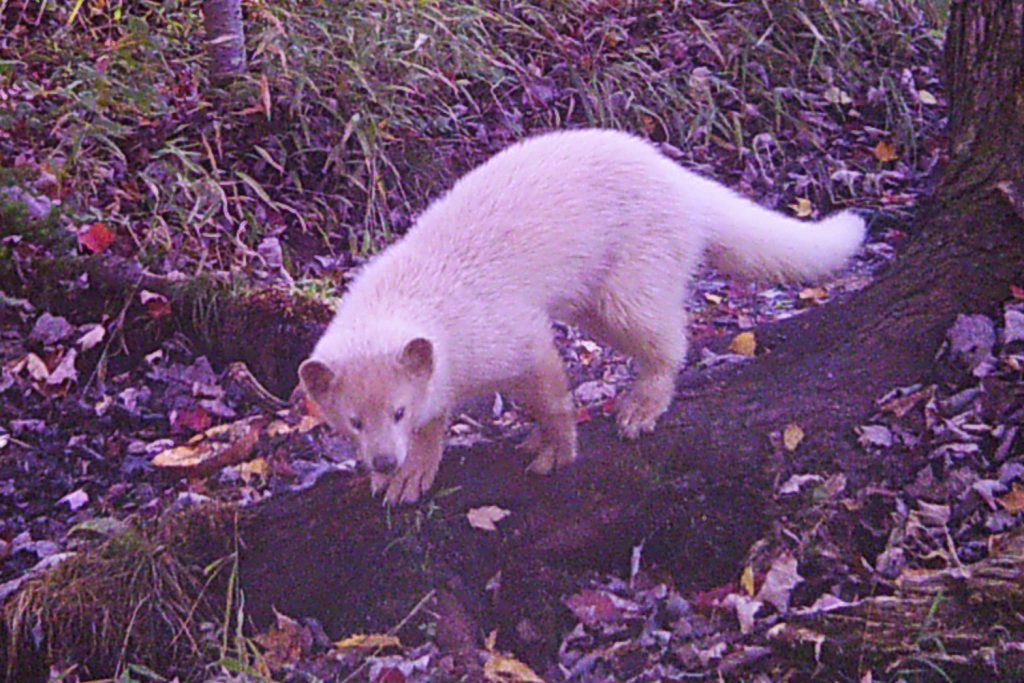 Additional media coverage of our recent paper about the carnivore community in the Apostle Islands. 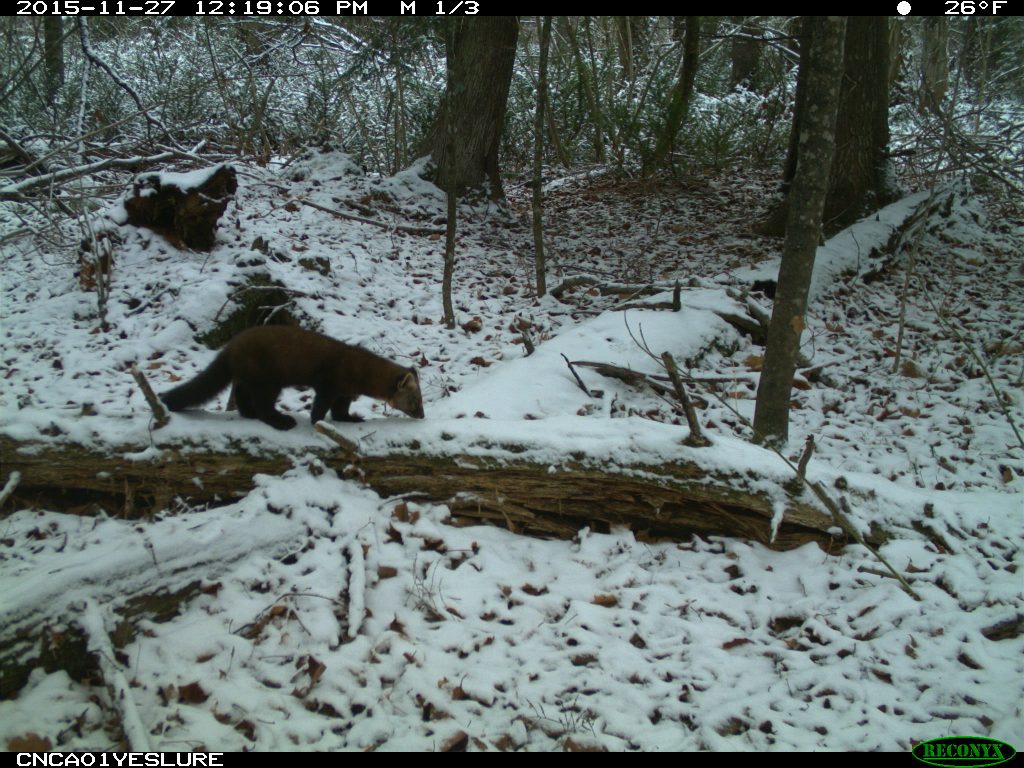 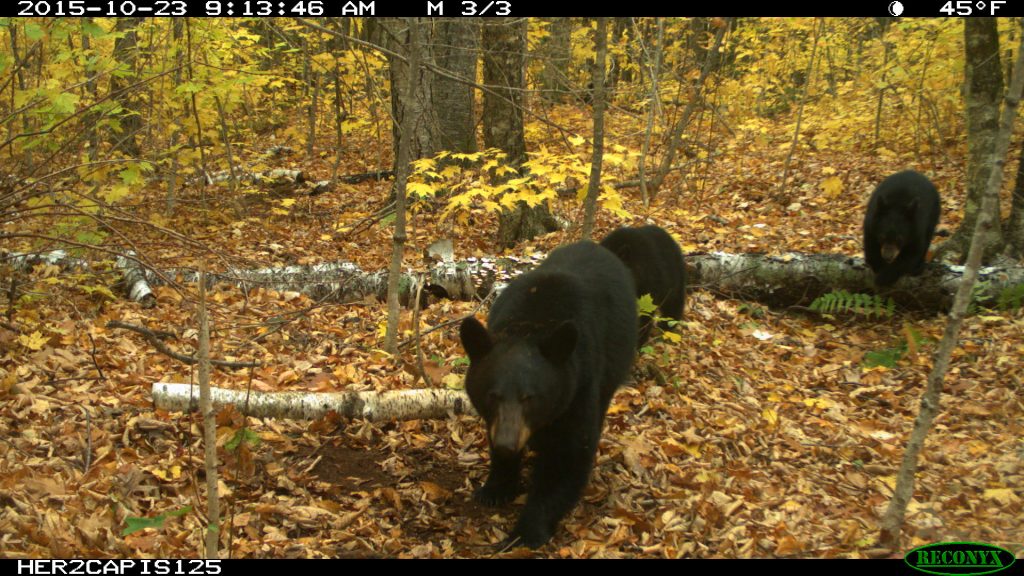 Diana Yates, of the University of Illinois News Bureau, wrote a nice summary of our research on the carnivore community in the Apostle Islands: 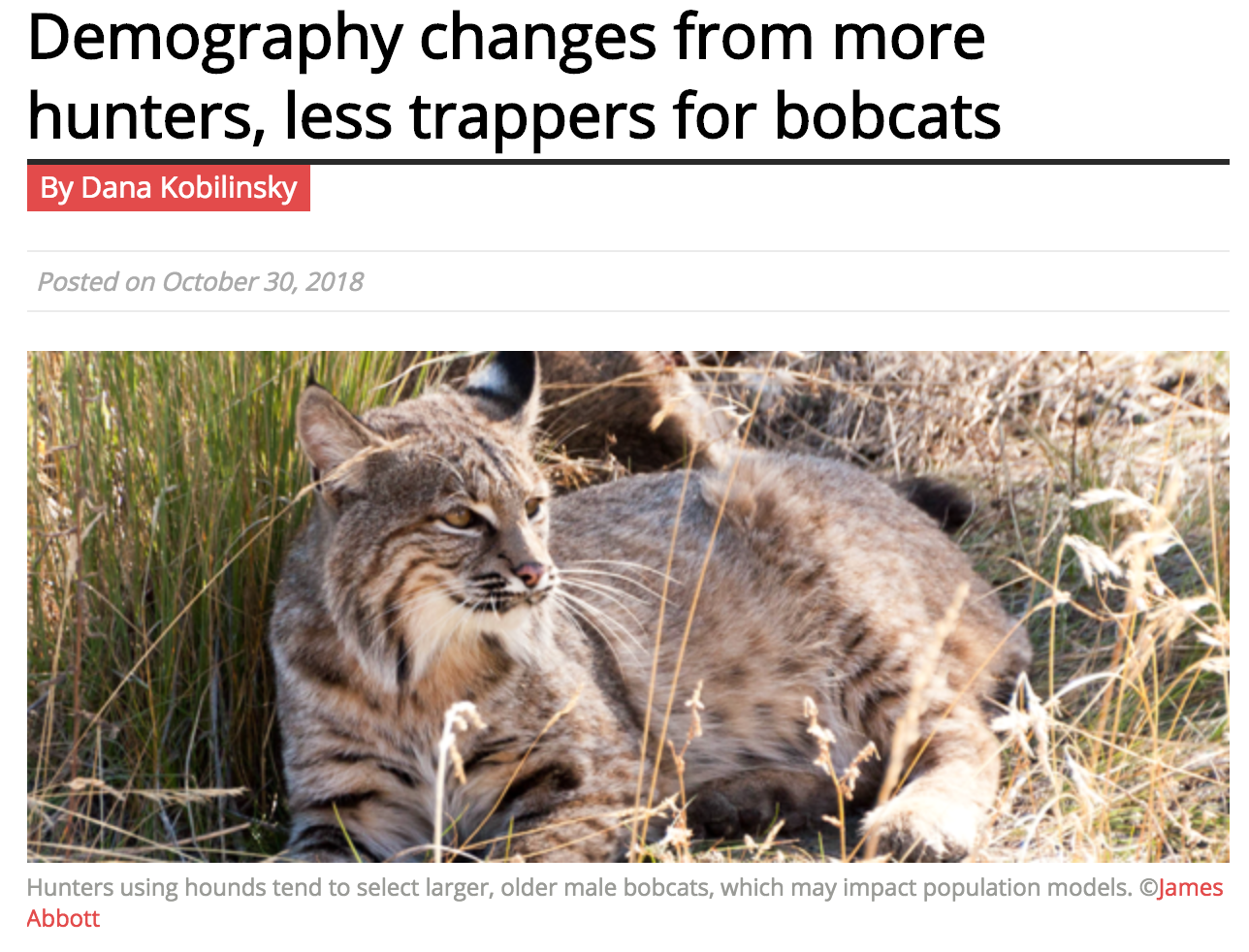 The Wildlife Society recently wrote up a story on our research into the changing demography of bobcats harvested in Wisconsin. 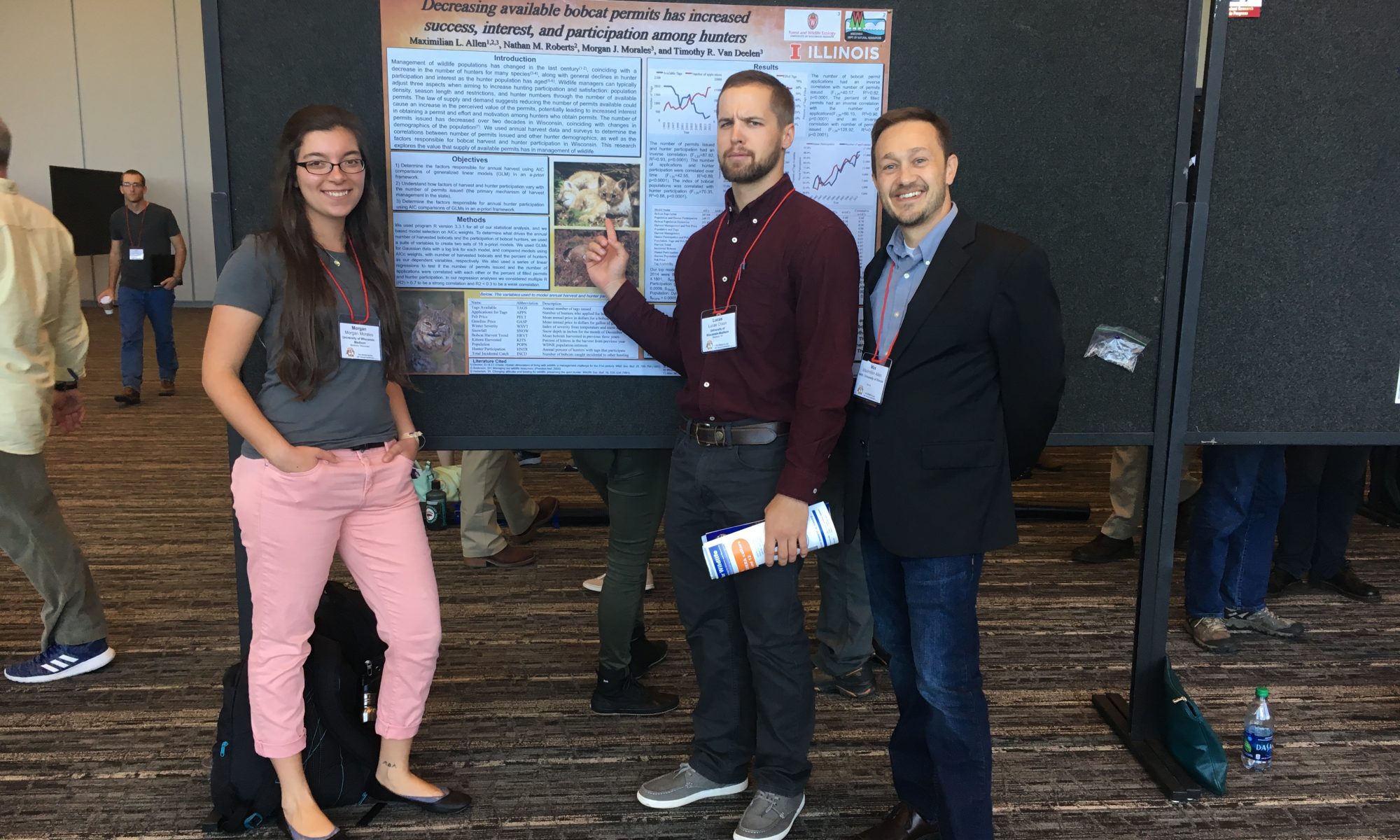 Just getting back from the 2018 TWS national conference where I had a great time with my lab. Morgan, Lucas, and I each presented a poster, and David Drake presented on our research with the UW Urban Canid Project.

Morgan presented on her undergraduate research, where she studied the effects of exotic eucalyptus and human recreation on coyotes in the Bay Area. Our paper that comes out of that research is currently in review.

Lucas presented on his second thesis chapter, examining how the ecology of fear from wolves affects habitat selection by white-tailed deer in Wisconsin. Lucas’s first chapter is in review, and he’s getting ready to defend his thesis next semester.

Our new manuscript on the changing demography of bobcats harvested in Wisconsin has been published in Royal Society Open Science. Changes in hunter demography and motivation appears to have led to the harvest of older and larger male bobcats. This essentially shows the shift of the harvest from a traditional harvest for fur to a harvest for trophy animals. 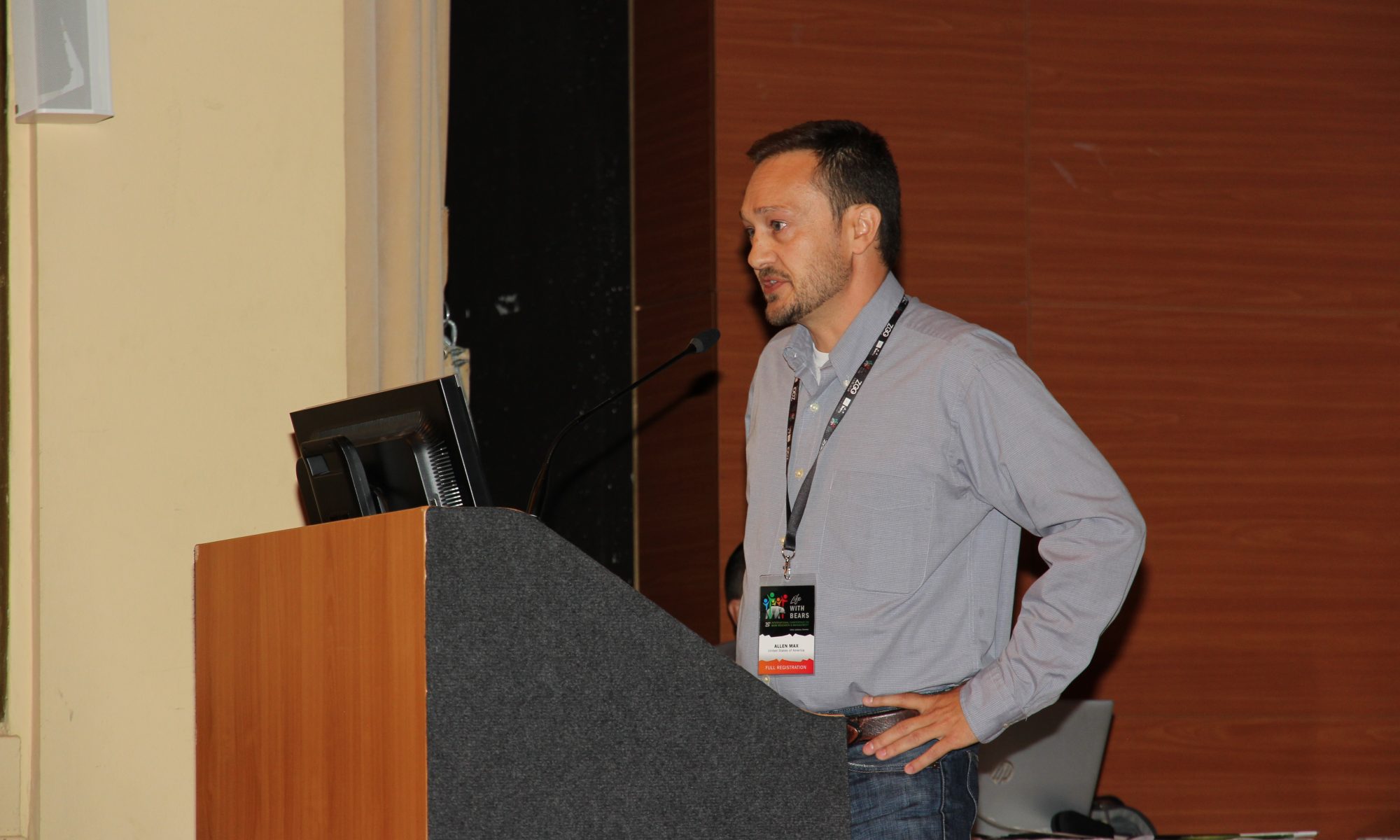 I just returned from the 2018 International Bear Association Conference in Slovenia, where I gave a talk and a poster presentation. The talk was on the interactions between black bears and pumas, and the effects they have on the scavenger community. My poster was on the state-space model we created using age-at-harvest data to estimate black bear populations in Wisconsin. 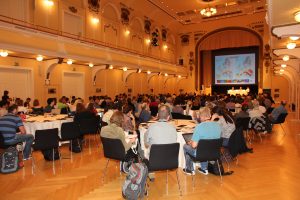 Our new paper describing our population model for black bears in Wisconsin has been published in Scientific Reports.

Population estimation is essential for the conservation and management of fish and wildlife, but accurate estimates are often difficult or expensive to obtain for cryptic species across large areas. We developed a two-stage state-space Bayesian model for black bears with age-at-harvest data, but little demographic data and no auxiliary data available. We created a statewide population estimate and tested the sensitivity of the model to bias in the prior distributions of parameters and initial population size.

The posterior abundance estimate from our model was similar to an independent capture-recapture estimate from tetracycline sampling and the population trend was similar to the catch-per-unit-effort for the state. Our model was also robust to bias in the prior distributions for all parameters, including initial population size, except for reporting rate. Our state-space model improves on previous models by using little demographic data, no auxiliary data, and not being sensitive to initial population size. 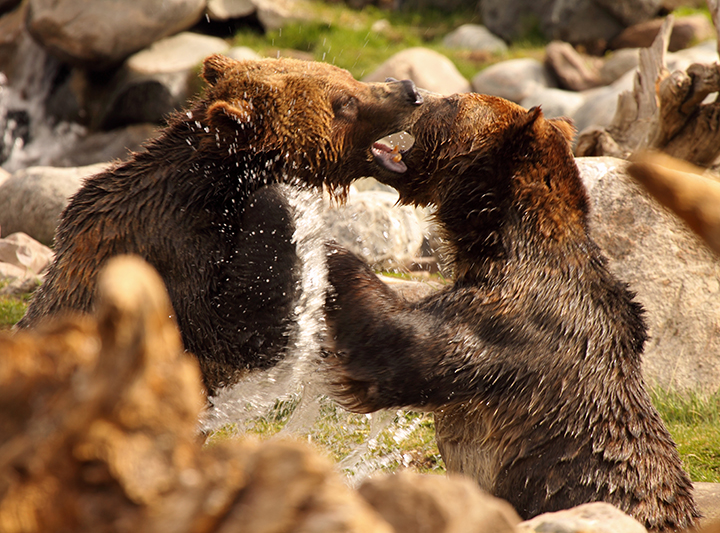